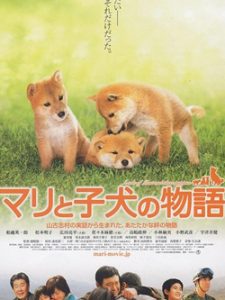 Yuichi, a village official of Yamakoshi, lives with his old father, Yuzo, his son, Ryota, and his daughter, Aya. One day a female puppy comes to live with them. They name it Mari. In 2004, Mari bears three puppies. It pleases the family, but their happiness ends all too soon. On October 23, a great earthquake destroys the village. Yuzo and Aya are caught under the fallen pillars, injured and unable to move. Yuzo expects death when he hears Mari barking in the darkness. It soon finds Yuzo and Aya, and finally Yuzo and Aya are dug out and taken away to safety by an army helicopter, but Mari and her puppies are left behind because human lives are prior to dogs. Ryota and Aya secretly prepare to go to the village to save Mari and the three puppies…