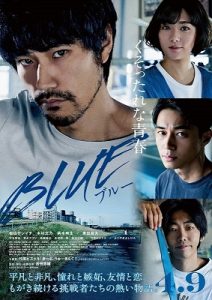 Nobuto Urita (Kenichi Matsuyama) is a boxer, who loves his sport more than anything. No matter how hard he tries, Nobuto Urita keeps losing his matches. Meanwhile, Kazuki Ogawa (Masahiro Higashide) spars with Nobuto Urita at the same gym. He is a boxer with elite talent and skills. Unlike Nobuto Urita, Kazuki Ogawa will likely win a championship. Kazuki Ogawa is also engaged to Chika Amano (Fumino Kimura). She is a childhood friend of Nobuto Urita and also his first love.