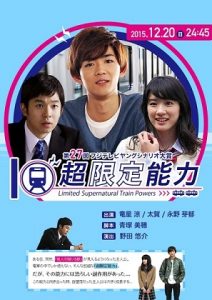 Akiyama Shuntaro, a fourth-year university student who has had a good upbringing because his father is a member of the board of a well-known company, Shuntaro’s employment has somehow or other been determined with those connections and he spends his days aimlessly. Even though he questions his present way of life, he has not taken any constructive action. While on the way to uni one day, Shuntaro hits his head inside the train and loses consciousness, now he can see characters showing train station names in commuters’ heads. Then one day, he happens to see a man without a station name appearing above his head.