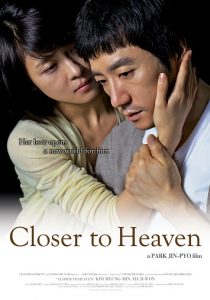 “Closer to Heaven” tells the love story between Jong-Woo (Kim Myung-Min) and Ji-Soo (Ha Ji-Won). Although Jong-Woo suffers from Amyotrophic lateral sclerosis (Lou Gehrig’s Disease), he is still a bright and cheerful person. Ji-Soo works as a co-ordinator in a funeral home. She deals with death everyday and doesn’t think twice about Jong-woo’s disease. The couple then falls in love.