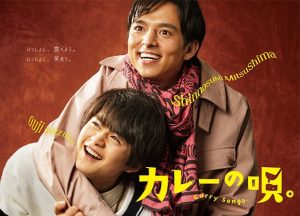 Amasawa Yoichiro was abandoned by his parents and has been wandering the world alone. Some trouble leads to his encounter with a shy university student Suzuki Nita who hopes to become an artist. A penniless and homeless Yoichiro makes Nita buy him curry on the grounds that he saved him, and mutters briefly about his family. Kiyokawa Kaoruko who runs Kiyokawa Realty has been keeping the ashes of Yoichiro’s late father because she used to be the caretaker of his apartment. There appears to be some significant reason why Yoichiro tries out curry every day.