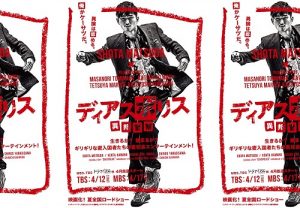 About 150,000 illegal entrants live in Tokyo. They are not recognised as refugees and live in poor conditions. To protect themselves, the illegals create a secret organisation. The organisation has a bank which Japanese Financial Services Agency is not involved with, a hospital that is not authorized by Japanese Ministry of Health, Labour, and Welfare and an illegals police force called “Dias Police.” The only police officer in the organisation is Saki Kubozuka (Shota Matsuda). His age and nationality is unknown. Saki Kubozuka does not speak much, but he has a warm heart and strong sense of justice. He takes care of the weak and tries to maintain public order.