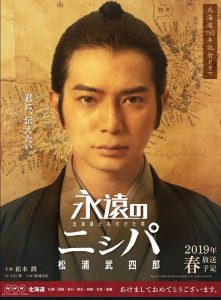 Takeshiro Matsuura was a Japanese explorer who was the first person to document the inner reaches of what is now known as Hokkaido. He explored the area extensively during the mid 19th century and created a map of the island that included parts which had been ignored by earlier cartographers. He visited Ainu communities and compiled records of the large numbers of the population who had been conscripted for forced labor far from their homes. Matsuura suggested the name Hokkaido for the area (mydramalist)