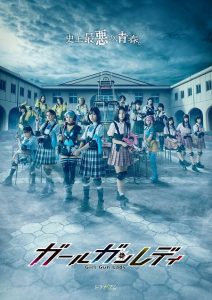 Koharu is a dull high school girl who is always alone. Her only hobby is making plastic models. One day, Koharu stops by a mysterious antique shop and purchases a plastic model gun and a toy figure named Alice. After spending the entire night assembling the gun, Koharu wakes up and witnesses bullets flying everywhere in school. She then meets Alice who moves like a human and tells her to get ready for a survival battle called “Girl Gun Fight”, where she has to attack her schoolmates with a gun.