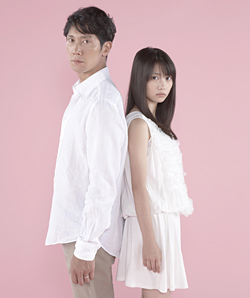 Heisuke Sugita (Kuranosuke Sasaki) learns that his wife Naoko ( Hikari Ishida) and daughter Monami (Mirai Shida) were involved in a car accident. Both women are hospitalized. Heisuke rushes to the hospital and learns both women are unconcious. The mother Naoko passes away, but the daughter Monami regains consciousness. To Heisuke’s surprise, he soon discovers that wife’s spirit has taken form in his daughter’s body …