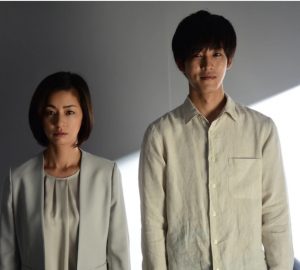 Based on a novel of by Nukui Tokuro, Hohoemu Hito tells the story of Nito Toshimi who, after graduating from Japan’s most difficult university and founding a job at a major city bank, marries Shoko and have a daughter, Amina. Nito, while leading a life that looks like the picture of happiness and being the envy of everyone, is charged with the murder of his wife and young child. At his trial, he reveals a shocking motive for the crime: “I wanted space for books.” Why would he murder his wife and child? Kamoi Akira, a reporter who has been personally acquainted with Nito before the crime, vows to expose the truth and begins delving into Nito’s character, motives and shocking past.