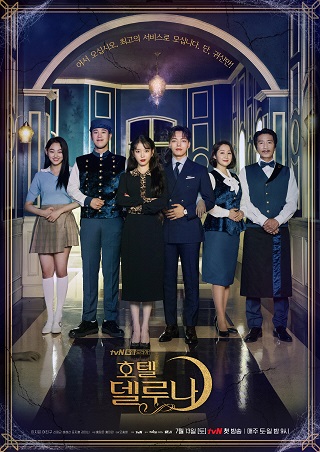 Jang Man-Wol (IU) is the CEO of Hotel del Luna. The hotel is situated in downtown in Seoul and has a very old appearance. She made a big error many years ago and, because of this, she has been stuck at Hotel del Luna. She is beautiful, but she is fickle, suspicious and greedy.

Koo Chan-Sung (Yeo Jin-Goo) worked as the youngest assistant manager ever at a multinational hotel corporation. He is a sincere perfectionist. He looks level-headed, but he actually has a soft disposition. Due to an unexpected case, he begins to work as a manager at Hotel del Luna. The hotel’s clientele consists of ghosts. (AsianWiki) 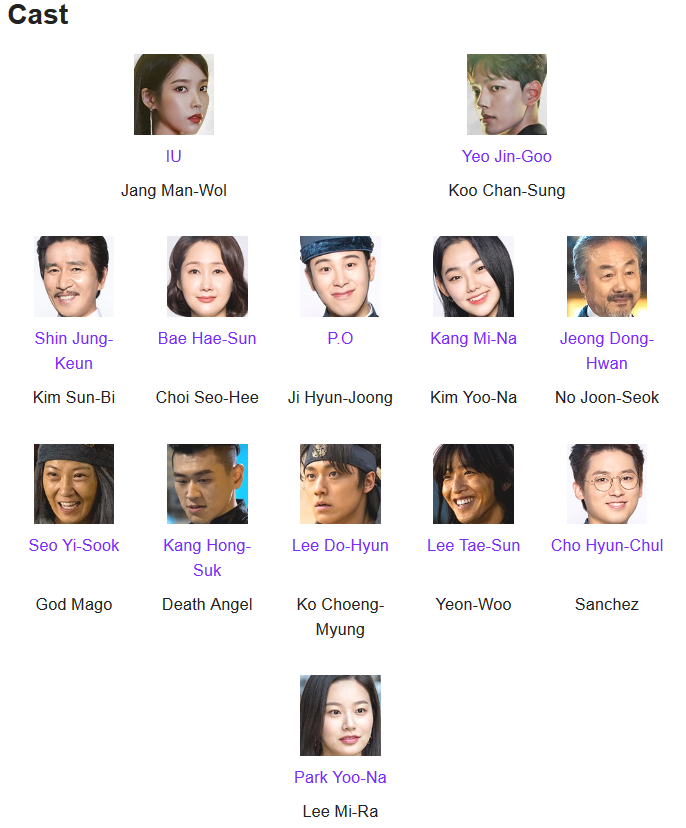