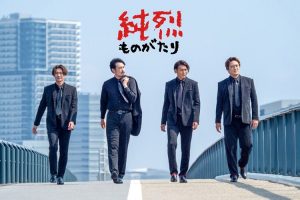 A documentary drama featuring the four members of the moody song chorus group ( comprised mainly of actors) Junretsu . Junretsu Monogatari” is the first time that four members of Junretsu, who have been celebrating a decade since their major debut, will appear in a drama and play the leading role for the first time.