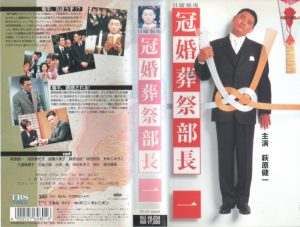 Synopsis
Unassuming salaryman Ryuhei (Hagiwara) is a successful salesman for a large property development company. He is promoted to deputy division chief but his rise up the ranks also leads to his unexpected removal from the department where he has spent his entire working life. Now, he finds himself in charge of the Ceremonial Occasions Division – his first job is to organize the funeral of a fellow employee.