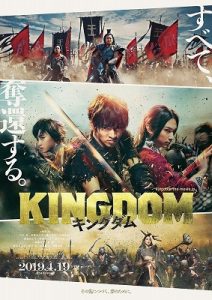 Set in Qin Dynasty during the warring states period in ancient China. Shin (Kento Yamazaki) was a war orphan. He has a dream of becoming a great general Shin has a fateful encounter with young King Eisei (Ryo Yoshizawa). King Eisei aims to unify all of China. 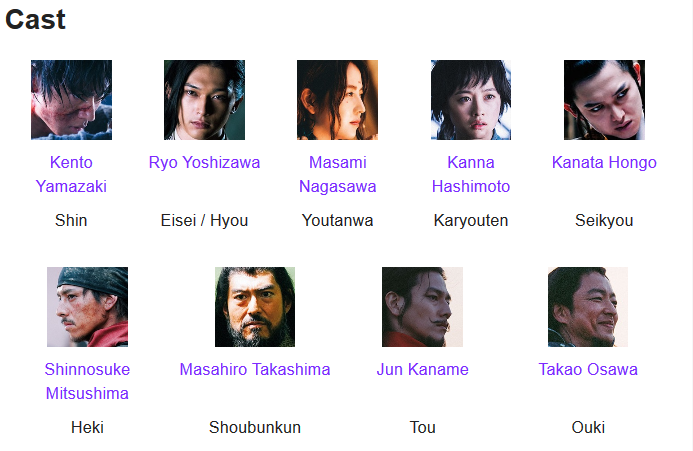