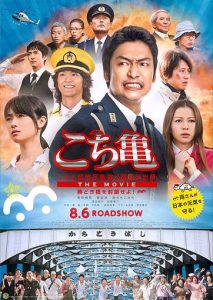 Police Officer Kankichi Ryotsu (Shingo Katori) is back at the Kameri Park Polic Box. Kankichi Ryotsu usually means to do well, but more often than not he ends up causing all kinds of trouble. Like on his way to work he away when he is asked to pay up by a shop owner or cheats an elementary school student. Ryotsu’s co-workers Reiko Catherine Akimoto (Karina) and Keiichi Nagakawa (Mokomichi Hayami)have had about all they can take from Kankichi and his boss Ohara (Masato Ibu) is constantly berating him.

One day, Kankichi runs into Momoko (Kyoko Fukada) – a women who went to the same elementary school as Kankichi and who Kankichi had a crush on. Kankichi also befriends Momoko’s elemtary school-aged daughter Yui (Ririka Kawashima). Kankichi learns that Momoko is a single mother and works with a travelling dance group. During this time, Kankichi dreams of one day marrying Momoko and retiring from the police force. Meanwhile, Momoko thinks fondly of Kankichi, but can’t forget Yui’s father Mitsuo (Shosuke Tanihara).

Kankichi then skips out on his job to help with Momoko’s dance group performance. Kankichi is then caught by his boss Ohara who comes to watch the performance. Kankichi and Ohara soon start to argue. Kankichi then becomes angry and declares that he is quitting the police force and marrying Momoko. During this time, the police learns the granddaughter of the Police Commissioner has been kidnapped. An investigation HQ is quickly setup. The police then disover that the girl kidnapped is not the Police Commissioner’s daughter, but rather her classmate Yui.

Because the victim isn’t the Police Commissioner’s daughter the police investigation seems to lose its sense of urgency which angers Kankichi. Kankichi then starts his own investigation with the help of Keiichi Nakagawa and purses the kidnapper. As they delve further into the case they uncover another case from the past which the police seem to want to hide … 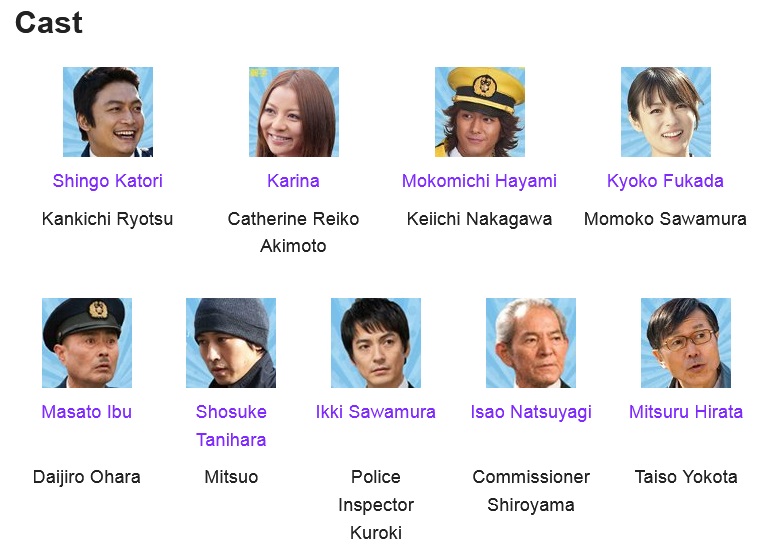