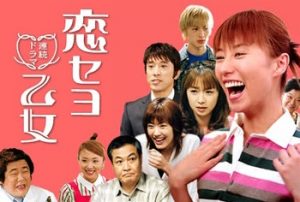 The 2nd NHK Yorudora, Koi Seyo Otome centers on Sachiko, a woman who’s tired of failing at love, so she’s decided to take a break from it and focus her energy on her job. At least, that’s what she thinks until she crosses paths once again with 3 of her ex-boyfriends!