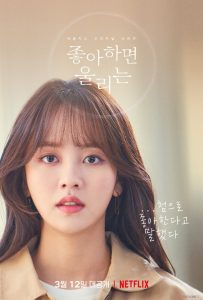 4 years after the cellphone app Joalarm was created, people commonly use Joalarm version 2.0. The updated app has new functions to see 2 lists: one is for persons that like you and the other is for persons that you will like. Due to the new version of Joalarm, a small change happens between Jo-Jo (Kim So-Hyun) and Hye-Young (Jung Ga-Ram). Jo-Jo is on the list for people that will like you for Hye-Young’s Joalarm. Hye-Young is happy about that. Sun-Oh (Song Kang) left Jo-Jo because his Joalarm didn’t ring when Jo-Jo was near him. He believed Jojo didn’t like him, but he still can’t wipe out the thought that Jo-Jo might still like him.