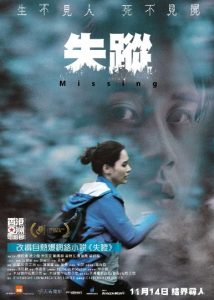 In 2005, a high-profile case of a police officer who disappeared during a forest hike spawned urban legends about the existence of a gateway into another world. In 2016, those legends inspired popular internet novel Missing, which is now being adapted into an eerie supernatural thriller by first-time director and Fresh Wave alum Ronnie Chau. Former pop idol Gillian Chung stars as a social worker who hires a mountain guide to search for her missing father in the mountains. She discovers the mystical gateway from the urban legends, but is her father really waiting for her on the other side?