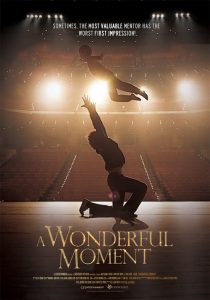 Musical director Yoo Il-Han (Kim Rae-Won) is arrogant and has no qualms exaggerating the lengths of his talents. He was once a promising musical director, but, after the box-office failure of a big budget musical, he now works on children’s musicals. Nevertheless, Yoo Il-Han dreams of one day working on Broadway in New York City. His big chance then arrives. A TV musical competition program is set out to select the main child actor for a big budget musical of King Jungjo from the Joseon Dynasty. The musical will be performed on Broadway.

Musical director Yoo Il-Han then selects a child named Young-Kwan (Ji Dae-Han), who turns out to be a half Filipino-Korean child. Once the first episode of the TV show program ends, Yoo Il-Han berates an assistant director of the TV program. He’s furious he was allowed to pick a child, that he assumes has no chance of playing King Jungjo and blowing his chance to work on Broadway. Making matters worse for Yoo Il-Han, Young-Kwan possesses zero dancing abilities. Unable to change his selection, Yoo Il-Han half-heartedly begins to train Young-Kwan. He then begins to see something special in the child.