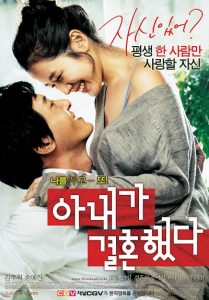 It all started with football. Deok-hoon falls in love with In-ah who shares his love and passion for the sports. They quickly become lovers and he proposes. She refuses at first but they are eventually happily married. Marriage is like a dream until one day In-ah declares her wish to marry another man. She doesn’t want divorce as she loves Deok-hoon all the same, only change is that she loves the new man as much. Leaving Deok-hoon who finds himself unable to leave In-ah in the middle, she goes ahead and marries her new man. And so the bizarre bigamy begins.