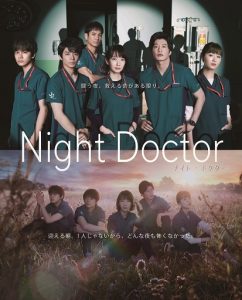 The Hakuoukai Asahi Kaihin Hospital, which is a hospital branch of the Hakuoukai Group, starts a reform of the emergency medical care system at their hospital. They create a night doctor system. The night doctor is an emergency medical team that only works during night duty. Thanks to this system, the shift system is abandoned and the hospital is able to appropriate care 24 hours a day.