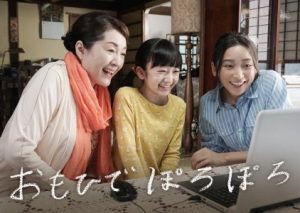 Taeko Sugimoto moves in with her daughter Natsuki and granddaughter Mizuki. They begin a lively life together. In the midst of it all, Taeko sees her former self in Mizuki. The bitter taste of the first pineapple she ever ate, the disastrous score on a math test, the awakening of her acting spirit at a school performance. As Taeko recalls her elementary school days, she unleashes a dream that she had long given up on and sealed away. I’m going to be on stage! Taeko immediately auditions and devotes herself to rehearsing for a Shakespeare play. But just then, the theater where she was planning to perform goes bankrupt. But just then, the theater where she was going to perform goes bankrupt, and she is forced to give up on her dream again! (mydramalist)