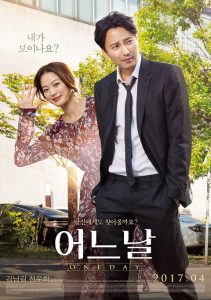 After the death of his wife, insurance examiner Gang-Soo (Kim Nam-Gil) fell into a deep state of depression. He has now gone back to work. Gang-Soo takes a case involving Mi-So (Chun Woo-Hee) who is now in a vegetative state. To investigate her case, he goes to see her at the hospital. There, he meets a woman who introduces herself as Mi-So. He discovers that he is the only one who can see her.

Mi-So woke up after she got in a car accident. She sees herself lying in a hospital bed and realizes that she is now a spirit. Mi-So meets insurance examiner Gang-Soo and knows that he is the only one who can see her. She asks him to grant her a wish.