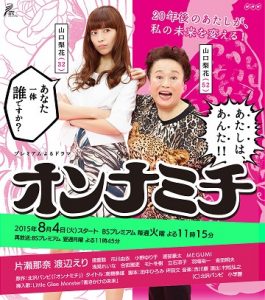 Rinka (Nana Katase) is 32-years-old and single. She works for a record company. On her birthday, Rinka has a meal with her ex-boyfriend and then sleeps with him. After coming back home, a middle aged woman appears at her home. The woman introduces herself as Rinka, but from 20 years in the future.