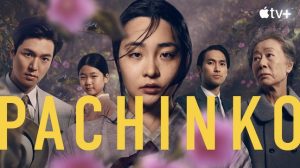 Kim Sun-Ja (Kim Min-Ha) was born and raised in Busan, Korea in the early 20th century, while Korea was under Japanese rule. She falls in love with a man named Koh Han-Su (Lee Min-Ho). She can see that he is a powerful person and from a different social class from her, but she is unaware of his complete background. Meanwhile, a church priest named Baek Isak (Noh Sang-Hyun) comes to stay at the lodge run by Kim Sun-Ja’s mother. When he learns of Kim Sun-Ja’s situation, he tries to give her advice, but, when he experiences her unwavering conviction, he offers to marry her. Kim Sun-Ja soon moves to Japan and faces difficult times as a Korean immigrant living in a unfamiliar land.

In New York in 1989, Baek Solomon (Jin Ha) is determined to succeed in the corporate world. A company wants to build a new hotel in Tokyo, but a Korean woman refuses to sell her land where the hotel is to be built. Baek Solomon offers to his bosses to travel to Tokyo and persuade the woman to sell her land to the hotel group. He also goes to see his family there. 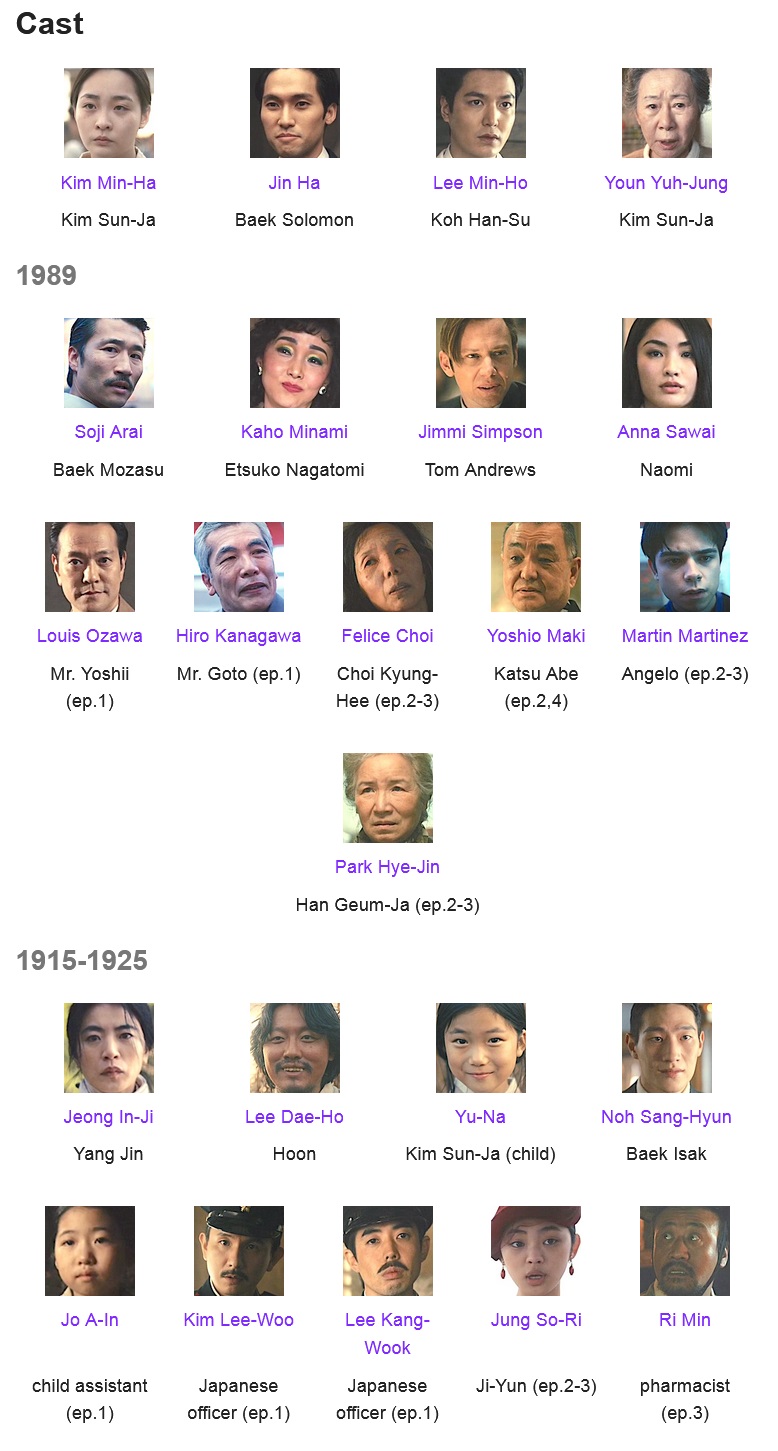