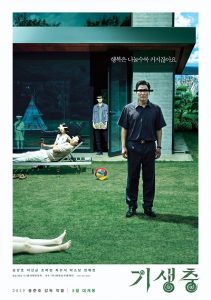 Ki-Taek (Song Kang-Ho) is poor and unemployed. He lives with his wife Choong-Sook (Jang Hye-Jin), son Ki-Woo (Choi Woo-Sik) and daughter Ki-Jung (Park So-Dam) in a damp, insect infested semi-basement apartment in a low income area of Seoul. When Ki-Woo takes his friend (Park Seo-Joon) to a nearby convenient store for drinks, he learns that his friend (who is going to study abroad) is leaving behind a good paying private tutoring job. His friend wants Ki-Woo to takeover the tutoring job while he is abroad. Soon, Ki-Woo enters the life of the wealthy Park family, with Ki-Woo’s own family lurking in the periphery. 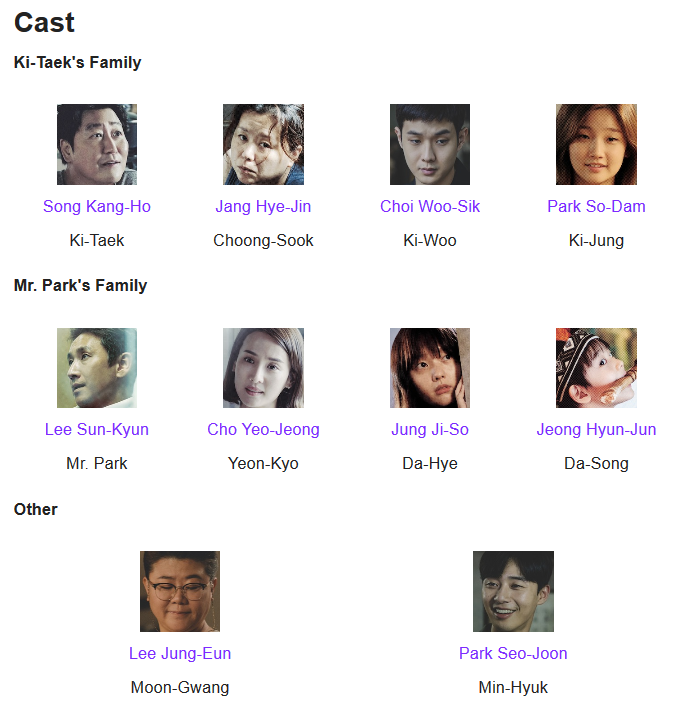