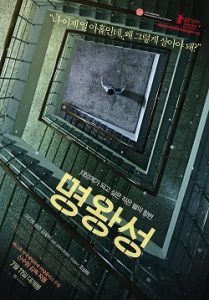 Yoo-Jin (Sung Joon) is found dead in the mountain behind his high school. Joon (Lee Da-Wit) becomes the prime suspect due to his cellphone being found at the crime scene and the testimony of his fellow students. Joon is released though due to insufficient evidence.

Joon tried to join a secret group at their the high school, which Yoo-Jin led. The secret group consists of only the top 1% at their school. Dark secrets are revealed behind this exclusive club.