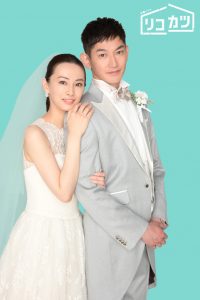 Saki Mizuguchi (Keiko Kitagawa) is a competent fashion magazine editor. Her parents raised her in a free environment. Meanwhile, Koichi Obara (Eita) is an ace member of the Air Rescue Wing of the Japan Air Self-Defense Force. His parents raised him in a stern environment.