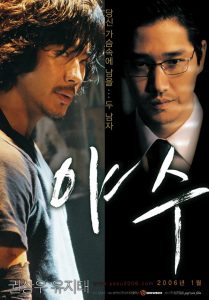 Jang Do-Young (Kwon Sang-Woo) is a short tempered cop. His colleagues view him as a troublemaker. Jang Do-Young has struggled in bringing down mafia crime boss Yoo Kang-Jin (Son Byung-Ho).

Oh Jin-Woo (Yoo Ji-Tae) is an elite prosecutor. He is meticulous in his work and abides strictly by the rules. On Jin-Woo is also trying to bring down crime boss Yoo Kang-Jin. An uneasy alliance is made between homicide detective Jang Do-Young and prosecutor Oh Jin-Woo to finally bring Yoo Kang-Jin to justice as he makes his way into the political world.