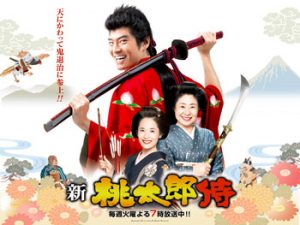 Synopsis:
Shinjiro Katsuragi is a samurai informally known as Momotaro. Unlike the traditional samurai, Momotaro has no aspirations for power. His only goal is to live a carefree life, but his strong sense of fairness often pulls him into battles with powerful people who take advantage of those who are weak and trying to live an honest life. He defends the common people and fights against injustice.