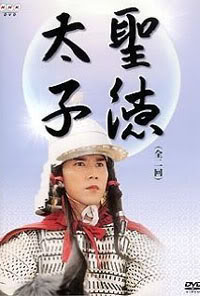 Synopsis:
In the late 6th century the leaders of the Yamato Dynasty had no clear plan for the creation of a unified state. Battles still raged among various warrior clans. Shotoku Taishi, second son of Emperor Yomei, strived to create a new nation out of this chaos. NHK captures this great man from a time in history rarely depicted on screen, in a story of epic proportions. Shotoku Taishi is known mainly through legends and myths and has been viewed as more god than man. The elaborate and colorful costumes of the time and the beauty of ancient Japan enhance this fascinating historical drama starring Motoki Masahiro, Nakatani Miki, Takarada Akira, Matsuzaka Keiko and Ogata Ken.