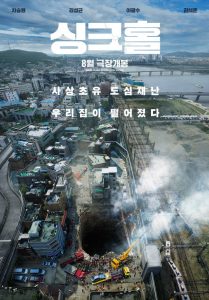 Jung Man-Soo (Cha Seung-Won) is a resident of Chungwoon Villa, which is a cheap apartment building. He works hard to raise his son alone. Park Dong-Won (Kim Sung-Kyun) works at a company. He finally becomes a homeowner after 10 years, but his home falls into a sinkhole. Park Dong-Won and his co-worker Kim Seung-Hyun (Lee Kwang-Soo) are stuck in the fallen house.