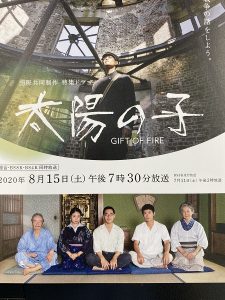 Towards the end of WWII, the Navy gave the Kyoto University’s physics lab the secret of a bomb that makes use of nuclear fission energy. While doing research to save Japan, the researchers there wonder if they should promote the development of weapons as scientists. Research enthusiast Ishimura Osamu tries to experiment purely but is at the mercy of the time period. His brother, Hiroyuki, also has to face the truth of the war. Asakura Setsu wants only to talk about the future. A story based on historical facts about youth during the tragedy of war.