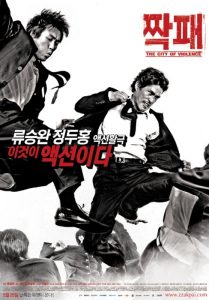 Tae-Su (Jung Doo-Hong), a tough-as-nails gang-squad cop in Seoul, is drawn back to his hometown Onseong when his high school pal Wang-Jae (Ahn Kil-Kang), a crook gone straight and certainly no wimp, is murdered in an alley behind his little bar. Once home, Tae-su reconnect with the remnants of his circle, Pil-Ho (Lee Beom-Su), Dong-Hwan (Jeong Seok-Yong) and Seok-Hwan (Ryu Seung-Wan), summoning up memories of the crazy scrapes that cemented their friendship. Tae-Su’s instincts tell him that Wang-Jae’s death was no random tragedy, and he elects to lurk around for a few days and beat the bushes. The bushes beat back, and Tae-Su barely escapes a swarm of teenage hoods with the able assistance of Seok-Hwan. The stakes are raised, the pieces are coming together, and the scrappy quartet of buddies is beginning to fall apart. Before long, Tae-Su and Seok-Hwan will charge headfirst into a sea of enemies, battling their way to the core of a corrupt, criminal empire with every last ounce of strength they have. 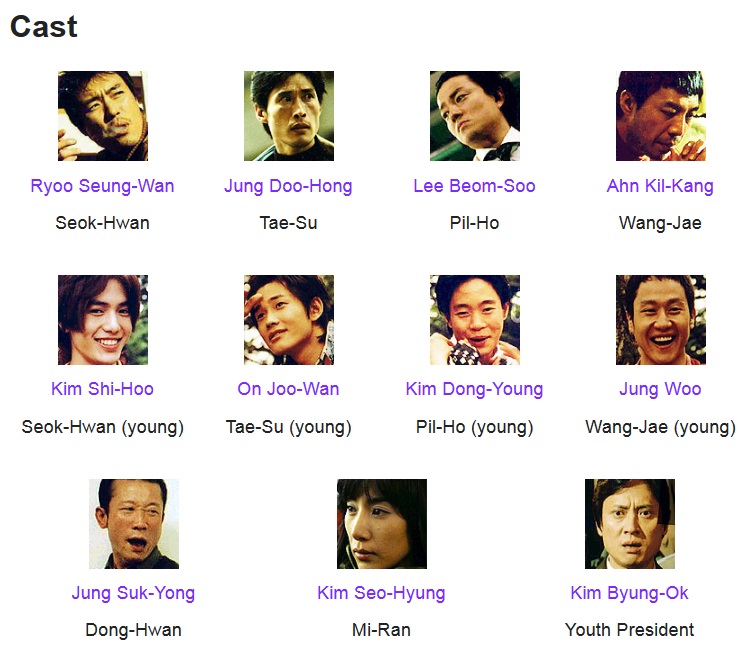