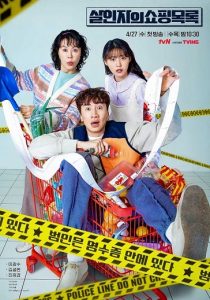 Dae-Sung (Lee Kwang-Soo) has excellent memory. He is also a timid person. Even though he failed his exam to become a 9th grade public official for 3 years, he is still studying to pass that exam. He works part-time at MS Mart in the outskirts of Seoul, which his mother Myung-Sook (Jin Hee-Kyung) owns. His girlfriend is A-Hee (Seol Hyun) and she works as a police officer. Both his mother and girlfriend are supportive of him.

One day, a mysterious murder case takes place near an apartment building. MS Mart is located close to the murder scene. A-Hee investigates the murder case by herself. Soon, Dae-Sung and Myung-Sook joins her investigation. The only clue of the murder case is a receipt that was issued from MS Mart.