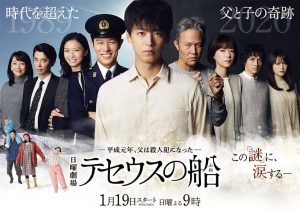 Shin Tamura (Ryoma Takeuchi) and his mother have experienced difficult times due to Shin’s father. His father was a police officer, but arrested for murder. One day, Shin Tamura’s wife tells him to trust his father. This leads to Shin Tamura’s decision to visit his father in prison, but, suddenly, he is shrouded in mist and travels back in time to 1989, which was right before his father’s murder case took place. Shin Tamura sees his family with smiles on their faces. He decides to change what happened in the past.