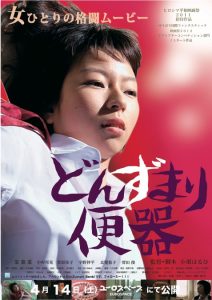 Narumi (Nahana), who has an aggressive personality, stabbed her colleague and went to prison. After serving her time, Narumi is released and goes back to her hometown where she grew up. Narumi goes to her younger brother Kei’s (Kuniaki Nakamura) home. At a young age, their parents died in a accident and Kei is the only one left Narumi can rely on.

After Narumi sees Kei and his girlfriend Kana (Keiko Sugawara living together happily, Narumi decides to take her brother back. Narumi reveals a secret between her and Kei.