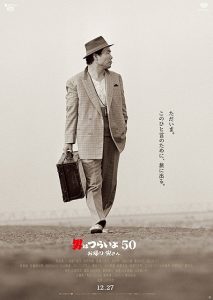 Mitsuo Suwa (Hidetaka Yoshioka) wanted to become a writer. He quit his company job and he now writes novels. He lives with his daughter Yuri (Hiyori Sakurada). To attend the 7th anniversary of his wife’s death, he travels to the temple Shibamata Taishakuten. On the way to the temple, there is a newly opened cafe. The cafe was once a dango shop run by a relative. Behind the cafe, there’s a house where Mitsuo Suwa’s parents Sakura (Chieko Baisho) and Hiroshi (Gin Maeda) live. After the anniversary ceremony for his late wife, Mitsuo and his family members gather together. They talk about his uncle Torajiro (Kiyoshi Atsumi).

One day, Mitsuo Suwa has an autograph event at a bookstore. There, he meets his first love Izumi (Kumiko Goto). She works as a staff member for the UNHCR and she is married with two children. She happened to learn that Mitsuo would have an autograph session and decided to attend. Mitsuo takes her to a small jazz cafe run by Lily (Ruriko Asaoka). Lily used to date his uncle Torajiro. 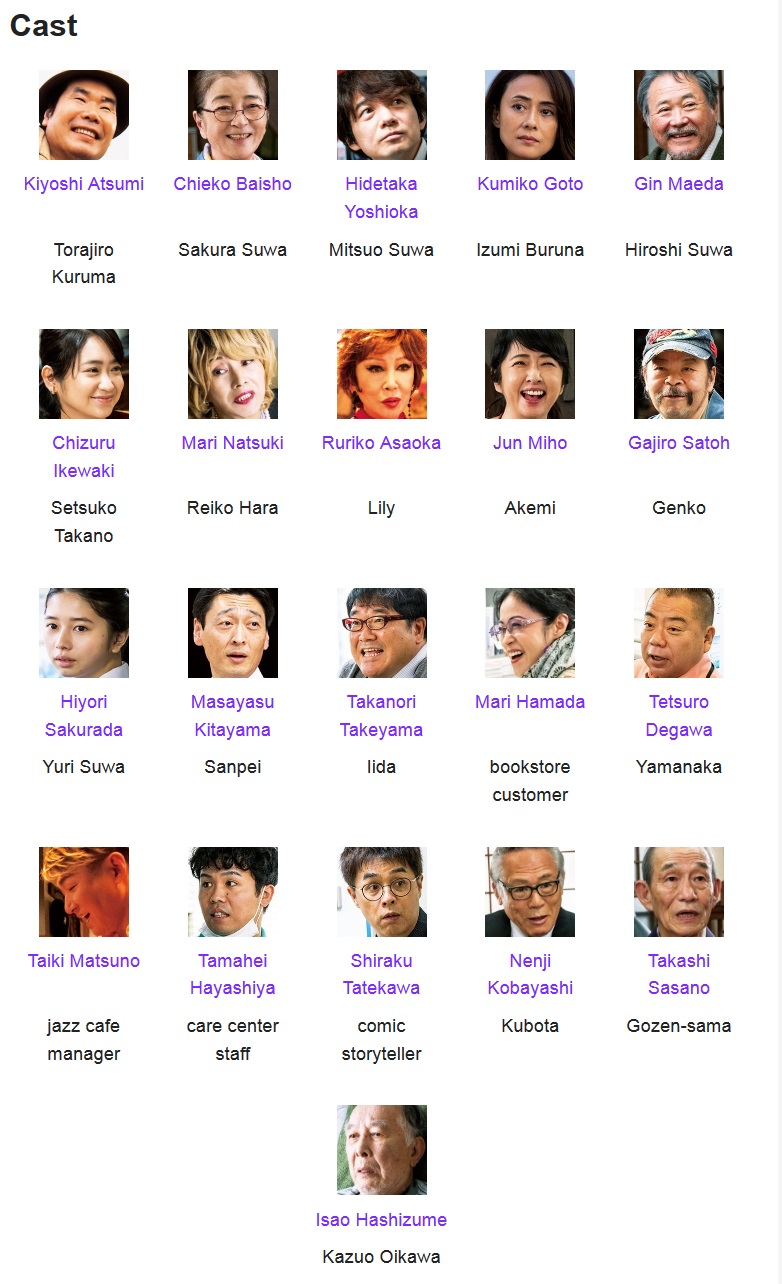