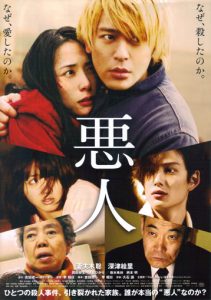 Yuichi Shimizu (Satoshi Tsumabuki) is a young man who takes care of his grandparents in a decaying fishing village in Nagasaki. His grandparents raised Yuichi instead of his mother. Yuichi now works as a civil employee. He is a lonely man.

Then one day, Yuichi receives an email. The email is from Mitsuyo Magome (Eri Fukatsu), a woman from Saga. Yuichi and Mitsuyo exchanged emails in the past after meeting through an online dating site. Mitsuyo currently lives a mundane life, working at a men’s clothing store and living with her younger sister. Looking for companionship, Mitsuyo decided to reach out to Yuichi after a lengthy time without correspondence.

The two lonely souls then meet for the first time and throw themselves into a moment of love. By this time, Yuichi is now a wanted criminal and his face appears on the news. Nevertheless, Mitsuyo persuades Yuichi to run away with her and not turn himself in. Running away places heavy burdens on their families as well as the victim’s family. 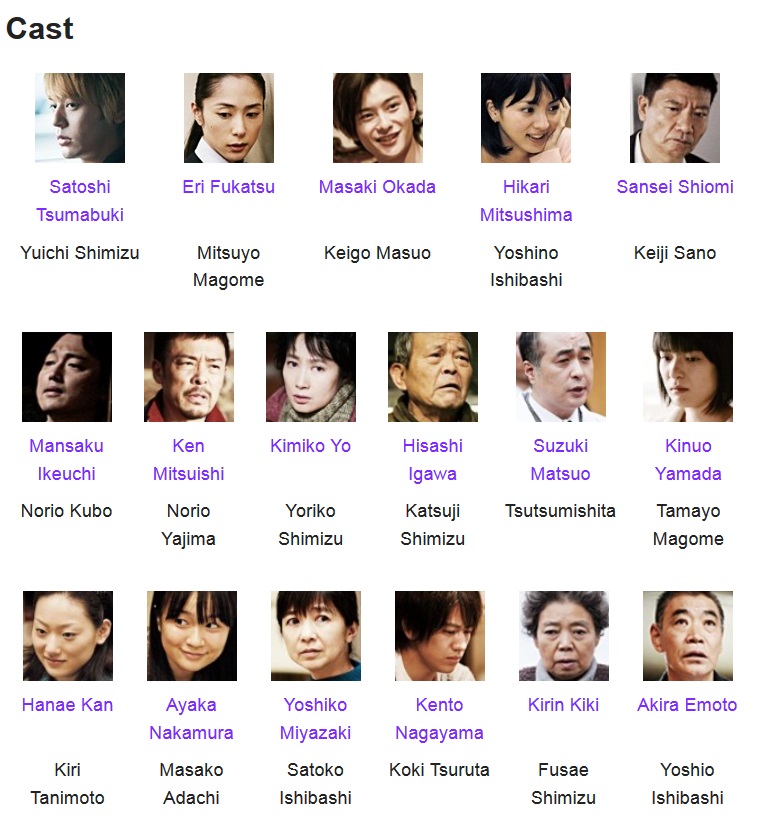