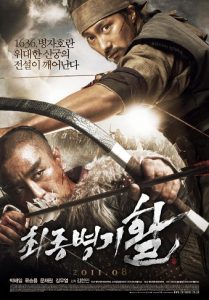 Set during the second Manchu invasion of Korea, Nam-Yi (Park Hae-Il), the best archer in Korea, goes up against the Qing Dynasty to save his younger sister Ja-In (Moon Chae-Won) – who was dragged away by Mongolian invaders.

Nam-Yi’s father was killed as a traitor to his country. Kim Moo-Sun, a friend of Nam-Yi’s father, takes Nam-Yi and Ja-In and raises them as they were his own children. As a son of a traitor, Nam-Yi’s future is limited. He spends his time hunting with the arrow and eventually becomes a master archer. Meanwhile, Nam-Yi hopes his younger sister Ja-In can find happiness. Finally, Ja-In is set to marry Seo-Goon (Kim Moo-Yul) after going through many difficulties. On the day of their wedding, invading Qing forces enter the village. The invading force slaughters many of the residents while taking others back as captives. Ja-In and Seo-Goon are among the hostages.

During the wedding, Nam-Yi is up in the mountains hunting deer. He hears the rumble of the invading forces. When Nam-Yi makes it back to the village, he finds his step-father slaughtered and his sister taken away. Nam-Yi then sets out to find the Qing army and take out their army with his bow. The great commander of the Qing army Jyuu Shin-Ta (Ryoo Seung-Ryong) discovers the mysterious man trailing his men and taking them out one by one. Jyuu Shin-Ta then sets out to find Nam-Yi. A war of arrows is set to begin …. 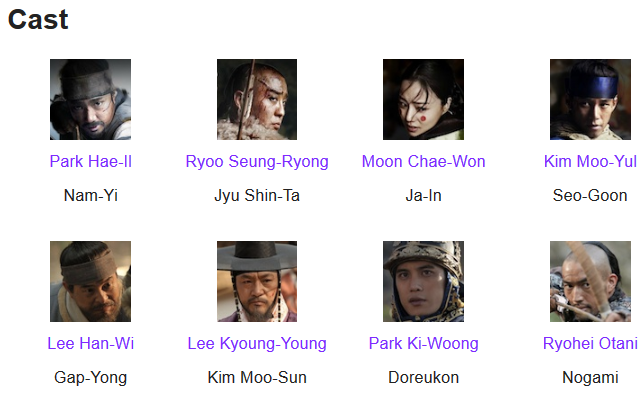