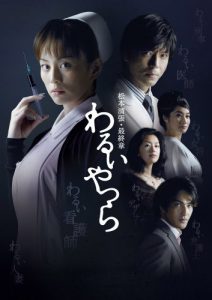 Toyomi Terajima (Ryoko Yonekura) chose to become a nurse because she had no interest in marriage and wanted an occupation she could do for the rest of her life. Although she doesn’t have a lot of aspirations, she does have a vague idea of wanting to work as a nurse overseas, and so she studies English. Outside of that, her life is less than ordinary and she carries out her job as a nurse without any indifference. That is, until one fateful night when she calls on Dr. Toya Shinichi (Takaya Kamikawa), director of the hospital, for help with a patient suffering from a heart attack. It is this chance encounter that brings the two together and sets the wheels in motion.