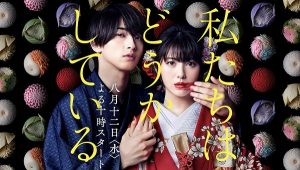 Hanaoka Nao’s mother Yuriko (Nakamura Yuri) is a single parent and a live-in confectioner at Kogetsuan, a traditional Japanese confectionery shop of long standing. That is how Nao meets Takatsuki Tsubaki, the 6-year-old son of the owner of Kogetsuan, and they become each other’s first loves. However, Tsubaki’s father (Suzuki Nobuyuki) is stabbed to death by someone. Nao’s mother is arrested as the suspect based on Tsubaki’s statement. Nao is kicked out while her mother passes away while under interrogation. Now daughter of a murder suspect and son of the victim, Nao and Tsubaki separate with ill feelings for each other. More than 15 years later, Nao (Hamabe Minami) and Tsubaki (Yokohama Ryusei) are reunited at a competition on Japanese confectionery. Tsubaki takes an interest in Nao’s creations and asks her to marry him at their first meeting without realising that she is his childhood friend. Nao hides her true identity and decides to get into Kogetsuan through her marriage to Tsubaki in order to prove her mother’s innocence. Little does she know that all sorts of adverse circumstances lie in wait. Despite being made sport of by cruel fate, Nao and Tsubaki are drawn to each other. What is the truth of the case 15 years ago? 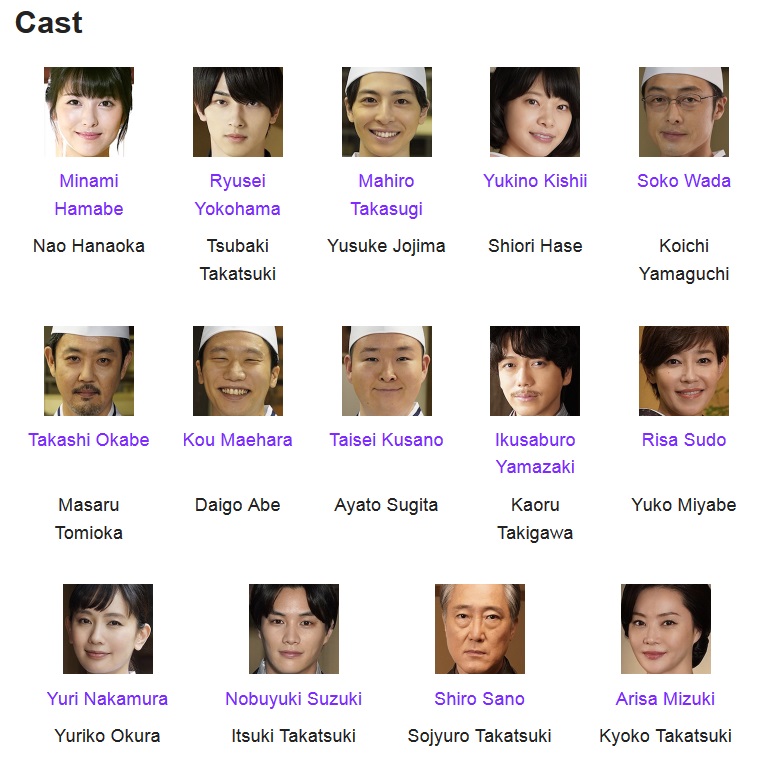