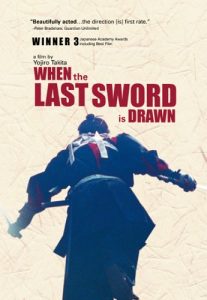 At the close of the Edo period in Kyoto, among newly recruited members of the Shinsengumi, there is one man who shows outstanding skill as a swordsman. His name is Kanichiro Yoshimura. At that time in the imperial capital, the Shinsengumi, widely known as a group of patriotic samurai whose duty was to guard and defend Kyoto, is making a name for itself as a group of brave swordsmen, but their organization is crumbling from the inside. Hajime Saito, one of the leading figures of the group watches this situation with a cynical eye.