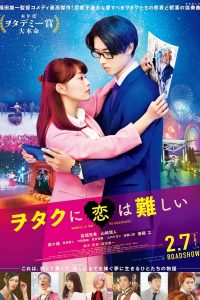 Narumi Momose (Mitsuki Takahata) is a 26-year-old OL. She begins work at a new company. There, Narumi Momose meets her old childhood friend Hirotaka Nifuji (Kento Yamazaki). Hirotaka Nifuji is handsome and good at his job, but he is an otaku (obsessed with specific pop culture content). Narumi Momose herself enjoys reading boys’ love manga, but she hides that from others. She is only able to reveal her interest with Hirotaka Nifuji.

After work, Narumi Momose and Hirotaka Nifuji talk about their otaku interests. Hirotaka Nifuji asks her if they can date, telling her it will be nice to be an otaku couple. They begin their relationship as boyfriend and girlfriend, but they face many hardships and difficulties.