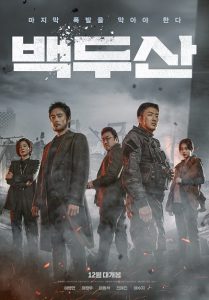 A volcano on Baekdu Mountain suddenly erupts. Pandemonium ensues on the Korean peninsula, with more eruptions predicted in the area.

Government official Jeon Yoo-Kyung (Jeon Hye-Jin) finds Professor Kang Bong-Rae (Ma Dong-Seok), who studied Baekdu Mountain and warned of its possible eruptions for the past 3 years. Nobody listened to him at the time. To prevent another disaster, the South Korean government plans an operation based on a theory by Professor Kang Bong-Rae. EOD (Explosive Ordnance Disposal) Caption Jo In-Chang (Ha Jung-Woo) is recruited to take part in the operation. Because of a plane crash, only Jo In-Chang and his EOD team land safely in North Korea. His team must now carry out the entire operation by themselves.

In a North Korean prison, Jo In-Chang locates Lee Joon-Pyeong (Lee Byung-Hun), who used to be part of the Ministry of People’s Armed Forces of North Korea. Meanwhile, Jo In-Chang’s wife Choi Ji-Young (Bae Suzy) is alone in Seoul and expecting a baby soon. She struggles to survives against the disaster. 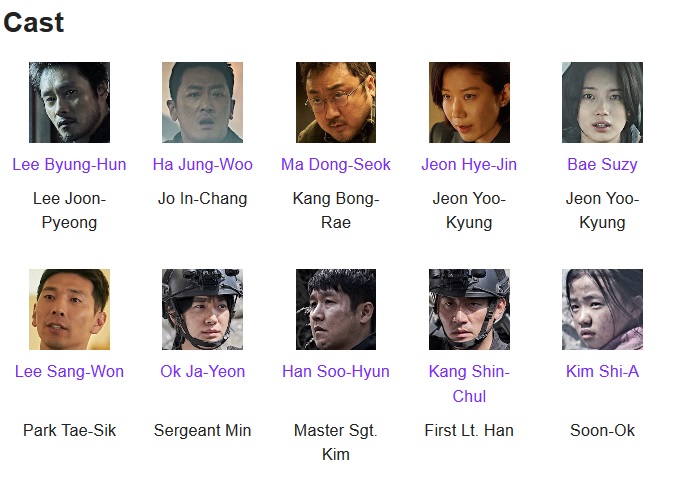