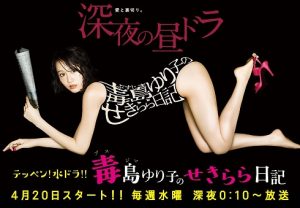 Yuriko Busujima (Atsuko Maeda) does not trust men due to her father’s betrayal when she was a child. She has a dating rule, which she has two boyfriends at the same time. This is in case one of her boyfriends betrays her, she will still have the other boyfriend who still love her. She works as a reporter.

Yuriko Busujima is assigned to cover big-shot politician Densuke Kuroda (Tsurutaro Kataoka). She witnesses Densuke Kuroda being betrayed by his colleagues and realizes that politics is also a world of love & betrayal.