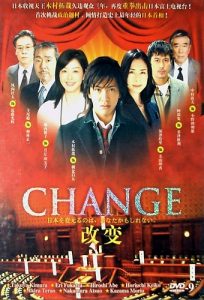 Kimura plays Keita Asakura, 35, a primary school teacher from rural Nagano Prefecture whose recently deceased father had been a dietman from Kyushu. An all-around nice guy, Keita has no interest in politics and agrees to run only to get everyone off his back once and for all. But with the help of some sharp political operatives, he will be swept into the Diet and toward the prime ministership.

Once elected, he’s bounced about and manipulated by the elders of the Seiyuto (Political Friends Party) as he tries to use his power to change things for the better.