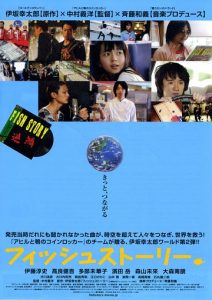 “Fish Story” centres around a rock band from 1975 who decide to break up having had no success, they record one last song before the band splits up. Decades later that song will have a profound effect on people’s lives, eventually becoming the saviour of the world.