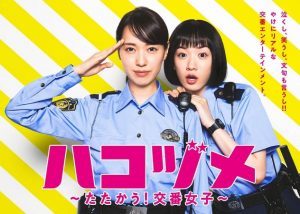 20-year-old rookie police officer Kawai Mai works hard at a police box and feels both physically and mentally drained. She has never felt appreciated even though she supposedly works for the sake of the area’s residents. In addition, she does not find working at a police box rewarding. Mai is about to hand in her resignation when she meets 30-year-old Fuji Seiko, the former ace detective of the Criminal Investigations Division. Seiko is said to have been forced to transfer to the police box for harassing a subordinate at work but … … This encounter between Mai and Seiko will significantly change their lives as they are suddenly paired up. This odd pair struggle to help and support each other in cases, routine duties and romance?! And Seiko’s true reason for coming to the police box is revealed.