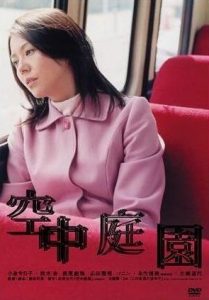 “We never conceal the truth, no subject is taboo. We try to share everything with each other.”

This is a family rule for the Kyobashi’s. The family moved into Danchi, a housing project in a town developed during Japan’s economic boom, believing a bright future was awaiting them at a new place. But with the passing of time, their hope was reduced to a dream long forgotten. They ended up acting up a good family, with each member harboring secrets.

Daughter Mana is habitually skipping classes and spending her time at a large-scale shopping mall. She even goes to bed with men she hardly knows.

Younger brother Ko is no different. He is always hanging out on the street, trying to beat a sense of frustration that’s been hanging heavy on him for no apparent reason.

Father Takashi is busy having affairs, always bossed around by his new lover Mina.

Mother Eriko seems to be having a fulfilling life, working part-time at a noodle restaurant and paying frequent visits to her mother Satoko at hospital. But the fact is Eriko is struggling to find out how to relate to her mother while being haunted by memory of her childhood days which she spent in total isolation from society.

Things start taking unexpected turns after Ko met Mina. Mina becomes tutor for Ko and gets close with the family. One day the Kyobashi’s throws a birthday party for Mina. That is when their lies are forced to come out one after another. With the family totally fallen apart now, Each member begins searching for the door that’d open up their hearts.